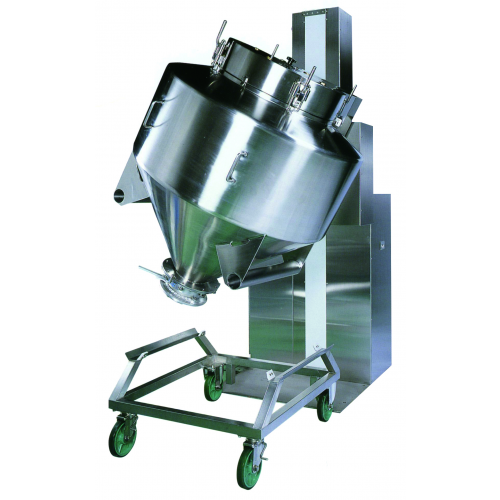 The conventional closed-bin rotary blender is well suited for the mixing of granulated materials, etc., because the blender is capable of mild mixing without giving shear stresses to materials, however, a great deal of operation hours were necessary to achieve a satisfactory degree of mixing.
By adding the mixing plates (stationary mixing fins) invented by Bohle, Germany, Bohle Container Mixer generates randomized cross-over particle flows over the mixing stage as if shuffling the playing cards. This configuration provides a sufficient degree of mixing in short time even under a highly-filled charge rate.
In addition, the mixing container also serves as a transport container, hence neither transshipment labor nor container washing operation.